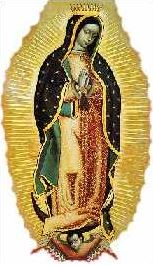 Provider of 10-ft. screen projection services to show videos, television, cable and satellite-delivered programs, digital camera-feeds, as well as laptop and PC-generated displays to audiences of up to a thousand or more persons. Images can be projected up to 41-ft.

(Upper Church) Basilica of Our Lady of Perpetual Help in Brooklyn, New York where the Diocese of Brooklyn’s 1996 “Alive in Hope” capital and endowment campaign video was seen by over two-thousand parishioners at one Sunday morning Mass. 10-ft. screen video projection services were provided by the Marian Media Apostolate. 45 parishes in the 2-county Diocese of Brooklyn & Queens engaged our services to show the campaign video at all their weekend Masses.